Eliza Rose Camperdowne is young and headstrong, but she knows her duty well.  As the only daughter of a noble family, she must one day marry a man who is very grand and rich.  But Fate has other plans.

When Eliza becomes a maid of honour, she’s drawn into the thrilling, treacherous court of Henry VIII…
Can a girl choose her own destiny in a world ruled by men?

You’ll like this book if you like…
The Lie Tree by Frances Hardinge,
Prisoner of the Inquisition by Theresa Breslin,
The Girl in the Mask by Marie-Louise Jensen,
Henry VIII by Harriet Castor 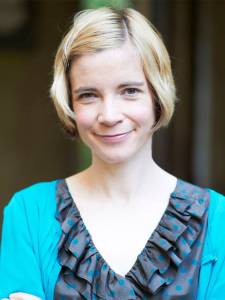 Following her degree in Ancient and Modern History at Oxford, Lucy worked for English Heritage where amongst other duties she wrote guides to Bolsover Castle and Hardwick Hall.

Lucy is the Chief Curator of the Historic Royal Palaces.  She has presented history series on the BBC including If Walls Could Talk where she explored the range of homes through the centuries and A Very British Murder which looked at murders throughout history and our national interest in them.

She has written a variety of history books, but Eliza Rose is her first fiction book.